Kleinburg is comprised of a narrow section of hilly landscape situated between two branches of the Humber river. The historic village is bounded by Highway 27 on the west and Stegman’s Mill Road to the east. 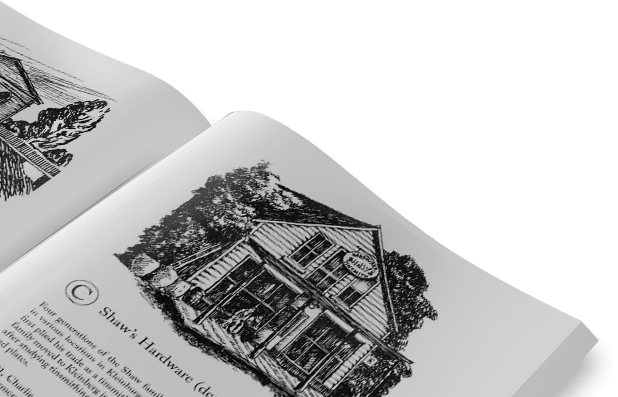 Are you interested in the history of Kleinburg Village?

See our historical buildings and map for a village walking tour! 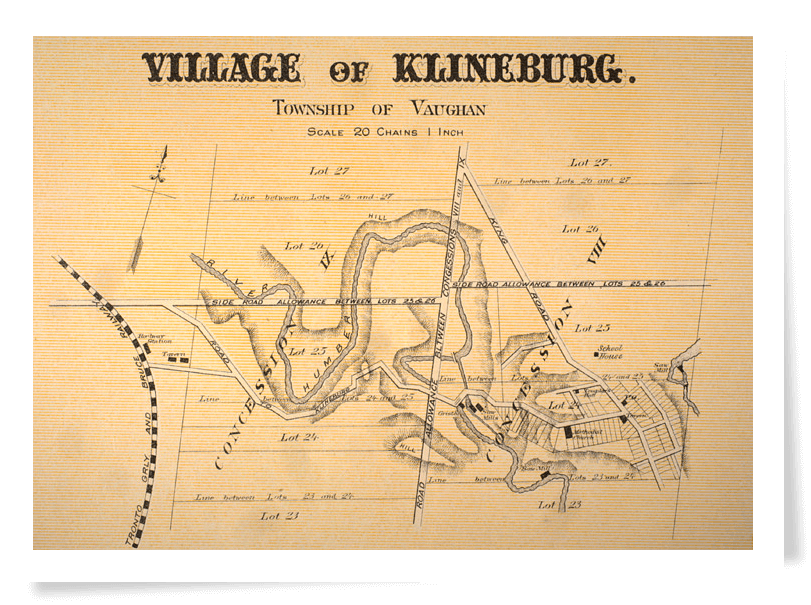 The settlement of many early villages in Ontario was directly related to the establishment of a local industry. Kleinburg, like many riverside villages developed around the existence of numerous mills.
In 1848, John Nicholas Kline bought 83 acres of Lot 24 in Concession 8, west of Islington Avenue. On this land, John N. Kline built a sawmill and a gristmill. Land plans from 1848 show Lot 24 in Concession 8 divided into smaller, individual, one-quarter acre lots, thus encouraging the establishment of a village core. The Kline mills not only served the local farming community, but became the impetus for a growing commercial centre. Kleinburg has had variations to the spelling of its name:
Klineburg and Kleinburg. It is assumed that Kleinburg was named after John N. Kline, however, its present spelling was derived from a combination of two German words: Klein, translating as “little or small” and “berg” meaning “mountain”. The name “small mountain” perfectly describes the topography and the environmental setting of Kleinburg. 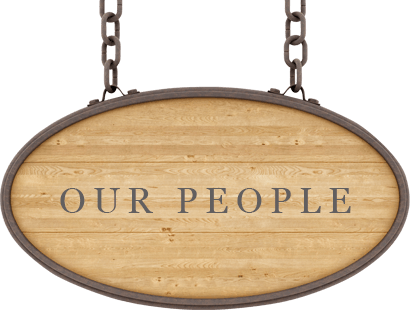 John N. Kline, a man involved in the local community, operated his business with the help of his son John Kline Jr. (born 1823). John Kline Sr. appears in the 1850 directory as a justice of the peace. He was also a member of the Home District (pre-Vaughan Township) Council in the 1840s and was responsible for petitioning for the first school in Kleinburg.

The Klines remained in Kleinburg until 1851. Though their stay was relatively brief, their contribution to the village would change its future course of growth and development.

John N. Kline sold his property, including his mills, to James Mitchell, who shortly thereafter, in 1852, sold it to the Howland brothers: William Pearce, Fred and Henry Stark Howland. The Howland brothers owned successful mills at Lambton, Waterdown and St. Catherines.

The Howland family was one of Ontario’s most successful families in both private business and public politics. William Pearce Howland held numerous prestigious positions in his lifetime: a minister in the first Dominion cabinet of Canada; the Lieutenant-Governor of Ontario from 1868 to 1873, and Postmaster General of Canada in 1867.

Henry Stark Howland was equally successful as his brother. His positions included: the first post-master of Kleinburg; reeve of Vaughan Township from 1859 to 1860; warden of York County; vice-president in 1867 of the Canadian Bank of Commerce and first president of the Imperial Bank of Canada in 1875. William Pearce’s sons held the position of mayor in Toronto; William Holmes held the position from 1886 to 1887 and Oliver A. from 1901 to 1902.

The mills owned by the Howland family, however, were not the only mills responsible for the growth of the community. A second sawmill was established on the east side of the Humber River, across from the original Kline mills. By 1850, George Stegman is listed as the proprietor of this second sawmill located on the east side of the Village off of what is today Stegman’s Mill Road. George’s father, John Stegman was a German mercenary soldier who was paid by the British to fight the colonists in the American Revolution. John Stegman was compensated for his services with free land in Canada. In 1790, John Stegman was deputy-surveyor of Upper Canada. 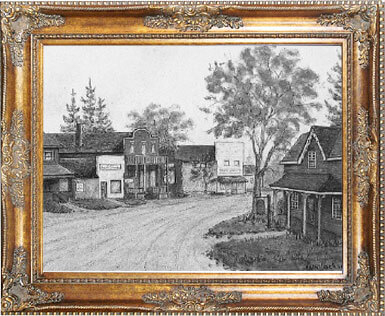 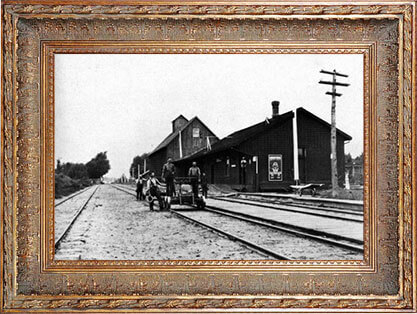 By 1860, the community that grew from the establishment of the mills included : a tanner, a tailor, a boot and shoemaker, a carriage maker, a doctor, a saddler and harness maker, an undertaker, two hotels, a church and a school. By 1870, a chemist (druggist), a cabinet maker, an insurance agent, a butcher, a milliner and a tinsmith, were added to the directory of local businessmen.

The mills built by John N. Kline were the largest between Toronto and Barrie. Kleinburg also became popular as a resting stop for farmers or merchants on their way to, or from Toronto. The original Humber (Indian) Trail used by the early traders remained the most efficient route to Toronto. The Humber Trail in Vaughan, runs along what is today Islington Avenue and extends down to Dundas Street in the City of Toronto.

Directly south of the village core is found the McMichael Canadian Art Collection. Originally the home of Robert and Signe McMichael this 40-acre site and log home called “Tapawingo” was donated to the Province of Ontario by the McMichaels. Since its opening in 1966, the art gallery boasts one of the finest collections of the Canadian “Group of Seven” artists, as well as numerous examples of the artwork of Canada’s Aboriginal peoples. 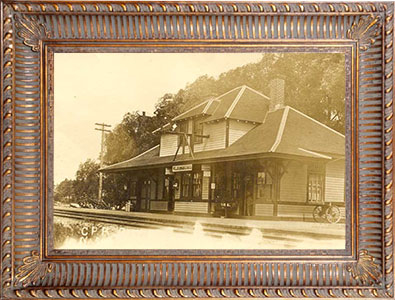