The brand new McMichael Concert Series, part of the McMichael Signature Performance Series, brings music to the magical setting of the McMichael’s Master Gallery. Developed in promotional partnership with JAZZ.FM 91, the series will alternate jazz, classical and guitar music, and will present established, as well as emerging instrumental and vocal Canadian musicians. The gallery will stay open during the evenings and we will be inviting attendees to go through the gallery, enjoy the grounds and take in the concert. The series will run six consecutive Thursday evenings and will be hosted each by Jaymz Bee, one of the on-air celebrities of Jazz.FM91.

Please note: The price of a ticket includes gallery admission. Galleries and the on-site restaurant Cashew and Clive will remain open on concert dates until 8:00 p.m.

September 26, 2013 – Opening Night
Terra Hazelton
Multi-talented Terra Hazelton is a Canadian singer, Genie-nominated actress, radio personality and visual artist. Honoured to have been the vocalist in Jeff Healey’s Jazz Wizards for 7 years, Terra’s debut album (produced by and featuring Healey) was released in 2004. Terra followed in Healey’s footsteps hosting her own show called “Timeless” on JAZZ.FM91. Since then she has released the album “Gimme Whatcha Got”, and was cast in the Canadian cult film ‘FUBAR 2’ for which she received a Genie nomination for Best Supporting Actress. Most recently, Terra released a new album called ‘That’s All’ featuring Nathan Hiltz and Jordan O’Connor.

October 3, 2013
Anastasia Rizikov
Canadian pianist Anastasia Rizikov is a remarkably poised and precocious fourteen year old who is already showing signs of being “one to watch”. Anastasia is currently on the international competition circuit, winning many awards in the process, including first prize at both the Canadian Music Competition (CMC) and the Canadian Chopin Competition. Her performance at the McMichael will include pieces by Bach, Chopin, Liszt, and Ravel, as well as contemporary Ukrainian composer Nicholai Kapustin.

October 10, 2013
Kevin Breit and Stretch Orchestra
The Stretch Orchestra, made up of guitarist Kevin Breit, percussionist and composer Jesse Stewart, and cellist Matt Brubeck, routinely traverses a wide range of musical styles — from jazz to rock to folk — often within a single tune. The members of the group have worked with a number of well-known musicians including Nora Jones, k.d. lang, Tom Waits, and Sheryl Crow. They were awarded the 2012 Juno Award for Best Instrumental Album.

October 17, 2013
Toronto Hwa-Eum Ensemble, Classical Trio
With core members Hyoseon Sunny Kim, pianist; Hyemee Yang, cellist; and Haejin Yang, violinist; the Toronto Hwa-Eum Ensemble is an active classical group that always strives to deliver music that speaks to its audience. Founded in 2010, the Toronto Hwa-Eum Trio has performed at a variety of venues including Mazzoleni Hall, the Art Gallery of Ontario, and St. Clement’s Church. Their performance at the McMichael will include compositions by Piazzolla, Brahms, Schubert, Shostakovich and others.

October 31, 2013 – Closing Night
Kevin Laliberte, One
The closing night of the McMichael Concert Series features guitarist, Kevin Laliberté. In 1999, he left a full time computer programming job to tour the world with recording artist Jesse Cook. Since then, Kevin has produced three CDs of his unique brand of original instrumental music, blending nouveau flamenco, bossa-nova, pop and jazz with the romance of the Spanish guitar. A founding member of the JUNO-nominated world music group Sultans of String, Kevin will perform solo compositions from his new CD One, which is being released just days before his performance at the McMichael. 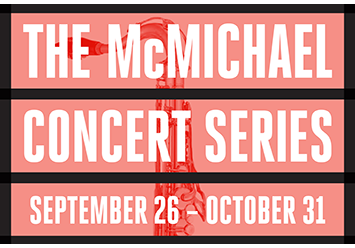 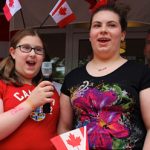 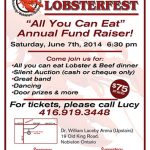